Time to tackle some of those great debates we get day in and day out from our visitors.

MYTH #1:
It has to be spelled a certain way.

Much has been made of whether whisky should be spelled with or without an ‘e’, and whether doing so should reflect the region of the whisky, the location of the writer or that of the intended reader.

Traditionally ‘whisky’ is Scotch, Canadian, or Japanese, while ‘whiskey’ is Irish or American, and that was fine in the days when you could only find a distillery in those countries but these days the water of life is being made all round the world. Even before that, the debate raged on as to whether it was ‘uisge beatha’ as in Scots Gaelic or ‘uisce beatha’ as in Irish Gaelic. The truth is the word matters much less than the liquid.

Maker’s Mark is a prime example of an American “whisky” going against the grain (pun intended!) to adopt the Scotch spelling – but it’s still American whisky, not Scotch. In fact, in the US Code of Federal Regulations Title 27 Chapter I, Subchapter A, Part 5, Subpart C - Standards of Identity for Distilled Spirits, the legal regulations for the spirit in the US, ‘whisky’ is mentioned 86 times while ‘whiskey’ appears only once (presumably as a typo!).

So, whether you choose to adopt a local spelling, a regional variation or avoid the matter entirely, it’s not going to change the taste of the wee goldie in your glass. 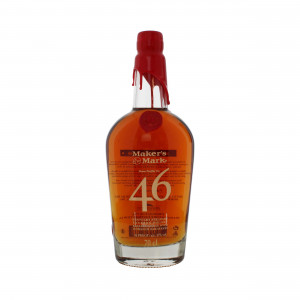 Rubbish! Whisky only ages when it’s in the cask. It’s the interaction of the liquid with the wooden staves that means whisky can be said to ‘mature’. Once the liquid is in a glass bottle it can’t mature any further so that bottle of Bell’s will only ever be 8 years old, whether your granda got it in the 80s or last week. [Although as an aside, Bell’s is no longer bottled as a guaranteed 8-year-old so that would date this hypothetical bottle a wee bit.]

We won’t even touch the first one – ‘best’ is always a personal choice when it comes to whisky – but take one look at Jack Daniel’s label and you won’t see a single mention of the word bourbon. That’s because JD is classed as a ‘Tennessee Whiskey’, meaning it was made in Tennessee (no kidding) and has been filtered through sugar maple charcoal in a practice called the Lincoln County Process. That said, the brand files for federal label approval under the class of bourbon and in the North American Free Trade Agreement (NAFTA) Tennessee whiskey is listed as straight bourbon. While the legal requirements for Tennessee whiskey and bourbon are pretty much the same, the distinction is a bit like saying Nicola Sturgeon is British – she may have been born in Britain, but wee Nicola will no doubt say she’s Scottish. 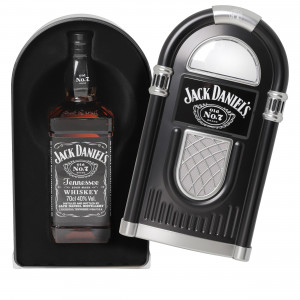 MYTH #4:
Whisky is a Scottish/Irish invention.

“The first mention of whisky dates back to…”

We can quote chapter and verse with the best of them. The earliest mention of whisky in Ireland is in the 1627 translation of the Annals of Clonmacnoise, which attributes the 1405 death of a chieftain to an overindulgence of ‘aqua vitae’ at Christmas. The earliest evidence of whisky in Scotland comes from the Exchequer Rolls of 1494 where a monk by the name of Friar John Cor of Lindores Abbey was sent malt ‘by order of the king [James IV of Scotland], to make aquavitae’. But neither of these give us a background on the spirit. Indeed, both probably refer to a drink that is very different to today’s definition of whisky. It’s likely to have been unaged for one, and would have been rough, potent and undiluted. Mind you, I’ve had a couple like that in my time…

So where did it all begin? Probably the most surprising answer – but the least controversial – is Italy, where records from the 13th century show the earliest evidence for distillation of alcohol. Maybe not whisky, but certainly whisky’s ancestor. The more you know, eh? 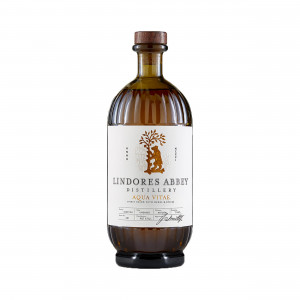 Whisky “purists” may tell you that adding anything but a drop of water to your dram amounts to nothing less than a mortal sin. But even the distillery knows that’s nonsense. They add plenty of water to the stuff before it’s even bottled! “But coke is criminal,” they say. Och away, I say. Whisky is made to be enjoyed. It’s been used in some of the world’s greatest cocktails for over a century, and it can be enjoyed on its own, with water, with ice, with fizzy ginger, with other spirits, in marmalade, in shortbread, on haggis, in tablet, in ice cream… the list is endless! 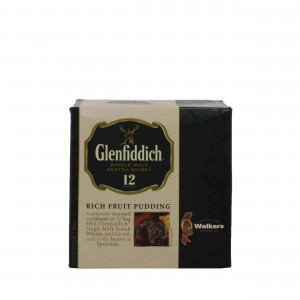 MYTH #6:
Single malts are the purest form of whisky.

“I only drink single malts, it’s the closest thing to drinking straight off the still.”

This one probably comes from misunderstanding the naming conventions in whisky, which I’ll admit can be confusing. Single malts come from just one distillery – that’s what the single refers to. But from that distillery a number of casks, in fact a very large number of casks, goes into each batch of whisky produced. They’re all blended together to ensure there’s consistency to the flavour, but that doesn’t make them a blended whisky. No those include grain whiskies (whisky distilled from something other than malted barley, for instance oats and rye) and their parts can come from any number of distilleries.

So what’s the closest thing to drinking straight off the still? That would be the liquid we call new-make spirit. This is the stuff that comes from the stills and goes into casks to mature for three years. At that point, and no earlier than that, the liquid becomes whisky. Sometimes this new-make spirit is bottled and sold, most often at the distillery. But be warned: at over 60% abv it’ll strip the paint from your garden gate! 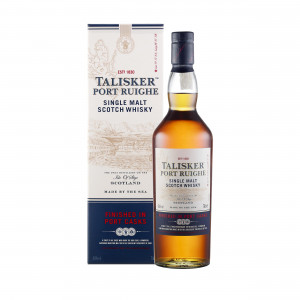 TRUTH:
There are more than 20 million barrels of whisky maturing in Scotland.

With a population of 5.45 million, that means that there is enough whisky for each Scot to have almost 4 casks each. If only that was a personal allowance...

Well I hope that has been an illuminating read for you. With lockdown restrictions beginning to ease up here in Scotland, we can’t wait to welcome you back to our home in Inveraray and our Edinburgh outpost.

Have more burning questions about our favourite spirit? Pop into the shop and ask or if you can’t make the journey just send us a message @lochfynewhisky on facebook, twitter or instagram.