Hamish On The Highlands

In some of my previous blog entries I’ve covered Islay and Speyside whiskies and now it’s time to indulge in the best The Highlands have to offer. Let’s dive in!

In some of my previous blog entries I’ve covered Islay and Speyside whiskies and now it’s time to indulge in the best The Highlands have to offer. Let’s dive in!

The Highlands is Scotland’s largest whisky producing region in terms of space and this is part of the reason why we have such a diverse collection of distilleries there. The area covers north of Glasgow and Edinburgh and round the perimeter of the mainland. However, the Speyside area isn’t included as this is a separate whisky region.

Interestingly, ‘The Highlands’ is a boundary first established in the nineteenth century for tax purposes. Throughout the eighteenth-century Great Britain was at war with France, and wars cost an awful lot of money. Even back then!

In order to fund the battles more tax revenue was needed to be generated by the state and they did this implementing hard hitting taxes on the whisky industry.

The first Scotch Whisky boom began with Highland whiskies because the liquid was far superior than Lowland whiskies at the time. Being closer to the English border, The Lowlands were hit with the heaviest taxes, more than double that of The Highland distilleries. In fact, by 1803 duties had increased by more than 77 times in the last 17 years. The Highland distilleries weren’t impacted by taxes anywhere near as high so they could focus on creating the highest quality liquids without cutting corners with costs or being too worried about the tax authorities.

I think that this is fascinating, the fact that The Highlands is deemed a whisky region due to taxation rather than flavour characteristics. But this seem to make more sense the more you think about it.

Should we continue to group whisky characteristics with regions?

Whiskies don’t necessarily have flavour characteristics that are specific to the region that they’re produced in. This makes sense when you consider the vastness of The Highlands region and the fact that there are close to 50 different distilleries in The Highlands, including the Island distilleries. When you factor in that each distillery will have their own way of producing whisky, the diverse terrain of The Highlands and possibly dozens of micro-climates, it makes very little sense that distilleries in this region will be producing very similar styles of whisky. And nor should they be!

The reason for this categorisation of ‘signature’ characteristics is thought to stem from blenders back in the day. They’d created broad flavour groupings and requested almost signature characteristics from each region to widen the flavour options for their blends.

Whiskies don’t necessarily have flavour characteristics that are specific to the region that they’re produced in. E.g. Glenmorangie doesn’t taste like Oban, Glengoyne is different to Balblair and Fettercairn is different to a Dalmore.

Regional profiles are increasingly being replaced by flavour-focused profiles crafted by the distilleries themselves. Don’t get me wrong, region still holds prestige with The Highlands being known as being home to some of the best distilleries in the world. However, region doesn’t necessarily dictate flavour. Otherwise, I would argue, whiskies can sometimes run the risk of having their flavours generalised rather than localised and this is why distilleries are shying away from being pigeonholed by regional flavour profiles.

The growth of Highland Whisky

Since the illicit distillers were able to avoid paying tax they were able to heavily undercut the prices of the new licensed distillers. This drove many legal distillers out of business, so many in fact that by the end of the 1820s only two remained open; Balblair and Teaninich.

The excise authorities were able to eradicate most of the illicit distilleries by the 1830s and entrepreneurs began to invest in licensed distilleries again. This period seen the rise of the likes of Dalmore, Glengoyne and Glen Ord.

Initially these distillers were limited to primarily serving local customers. However, this all changed in 1864 with the forerunner of the Highland Railway connecting all the distilleries in the area with Inverness and the south through Scotland and the rest of the UK. From there, the spirits made their way across the world via major shipping ports around the UK. This kickstarted a huge boom for Scotch whisky, specifically Highland Scotch whisky. Balblair and Glenmorangie were rebuilt, Dalmore Distillery doubled in size and Glen Ord was rebuilt to be four-times larger than the original site. 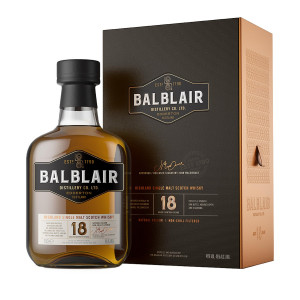 Bottled at 46% abv, this 18-year-old single malt was distilled at Balblair in the heart of the Scottish Highlands. This expression is part of the brand new core range for 2019. 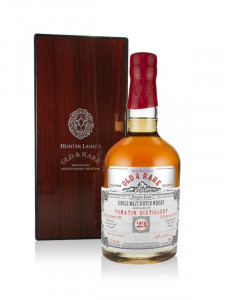 A single cask expression from independent bottler Hunter Laing & Co, only 135 bottles have been produced of this cask strength Highland single malt. Distilled in December 1994 and matured for 23 years in a refill hogshead before bottling in August 2018 at 47.3% abv, non chill-filtered and free from artificial colouring. 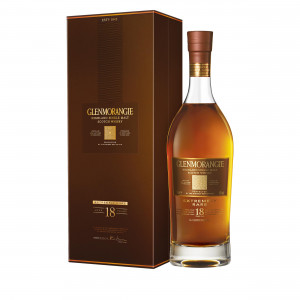 Matured for 15 years in ex bourbon casks, it is then finished in Oloroso sherry casks for the final 3 years - a rare Highland gem. Once it has spent fifteen years maturing in American white oak casks approximately 30% is transferred into Spanish Oloroso casks to spend a further three years maturing. Then, when both elements have reached 18 years, they are blended back together to create a whisky with a rich bouquet and full, rounded flavour. 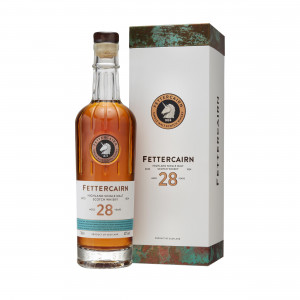 Matured for almost three decades in ex-bourbon casks, this 28 year old Highland single malt was distilled at Fettercairn near the Cairngorm mountains. Bottled at 42% abv, this expression forms part of the distillery's new core range.