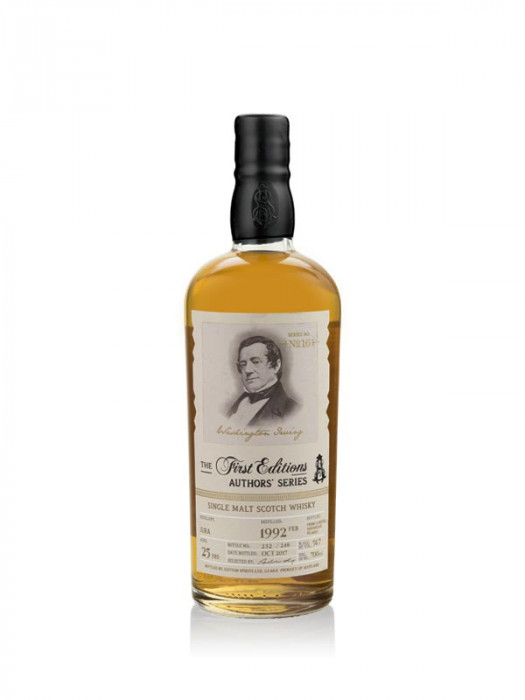 The First Editions Authors’ Series is a range of single cask expressions, created by the prestigious blenders and bottlers, Hunter Laing & Co, in celebration of pioneering writers. This is a limited edition expression, inspired by the life and works of
Washington Irving.

Distilled in February 1992 at the isle of Jura's eponymous distillery, this single malt was matured in a refill hogshead for 25 years before bottling in October 2017. This 16th release in the series is limited to just 248 bottles, each one presented at a natural cask strength of 51.7% abv.

Each bottle is presented in a brown leather box, embossed with gold metallic text, and are individually wax sealed.

Washington Irving (1783-1859) was an American writer, biographer, essayist and historian, famed for his short stories including The Legend of Sleepy Hollow. Irving was the first internationally best-selling author to come from the United States and championed writing as a legitimate profession in the fledgling nation.

Finish: long and satisfying with a touch of spice.