Discover the spirit of Loch Fyne

At Loch Fyne Whiskies we have a close relationship with our customers, developed over three decades. Each of our spirits is crafted with their insight to create a spirit we are proud to give our name to. In 1920, renowned connoisseur, Professor George Saintsbury, published Notes on a Cellar. In it he described an old method of drinking a mix of whiskies from a cask that is constantly topped up and never emptied. He wrote “thus you establish what is called, in the case of sherry, a ‘solera’ in which the constantly changing character of the old constituents doctors the new accessions, and in which these, in turn, freshen and strengthen the old.”

The Living Cask takes its inspiration from this long abandoned practice. Carefully selecting a used bourbon cask with tight staves and good heritage, we created a marriage of what we considered to be the ‘the best’ Islay single malts. Respecting our Inveraray roots, we christened it The Living Cask 1745 in a nod to the year the town was founded by The Duke of Argyll. The Living Cask 1745 became an award-winning expression and the heart of our blended malt offering.

Building upon these strong foundations, we created another Living Cask. This time we found a cask of equal quality, part-filled it with The Living Cask 1745, and topped it up with a selection of carefully chosen Highland single malts. Named The Living Cask Batch 1, this limited edition became the first in our ever-evolving series of batched releases.

As the series progressed, our limited batches became just as popular as the original The Living Cask 1745, with awards from prestigious competitions, including a silver medal from Scottish Field magazine's Whisky Challenge for Batch 6, and a gold medal for Batch 7 at the Scottish Whisky Awards. Every batch we craft uses a different selection of single malts, all built upon the base of the previous edition, meaning each intriguing expression is a limited release, and part of an ongoing series which is as collectable as it is delicious. 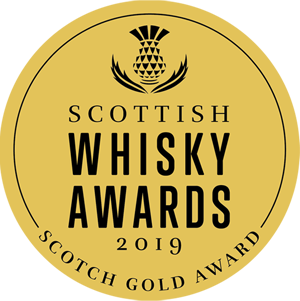 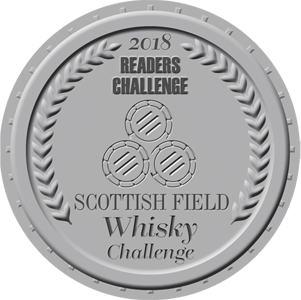 The Loch Fyne reputation has been built on introducing customers to the most unique and interesting whiskies we can. This has led us on a hunt for some of Scotland’s best single cask whiskies to put our name to. Carefully selected with our customers in mind, The Loch Fyne Single Cask expressions are always limited, always special, and never stay on our shelves for long.

Past releases include an exceptional Bunnahabhain 14 Year Old, a beautiful Craigellachie 10 Year Old, and an award-winning Springbank 28 Year Old, all of which have proved incredibly popular, setting the bar high for future bottlings! The Loch Fyne Blend is our signature blended Scotch, crafted using the finely honed knowledge we’ve gained from speaking with our customers over the last three decades. It really is something special!

First created in the 1990s, our blended Scotch has changed in appearance over the years – from our old-fashioned tall bottle to our current square one with some special editions in between like First Foot 2000 – but has always maintained its quality and much-loved flavour. Some like to call it a 'breakfast' whisky thanks to its sweetness, gentle spice and light, cereal notes, but we prefer 'the malt drinker's blend'. Some would say that Scotch liqueurs are old hat. We would say that that they just need to be brought up to date! The Loch Fyne Liqueurs certainly do just that. A modern twist on a traditional concept – delicious Scotch whisky liqueurs that aren't too sweet or too sticky, with The Loch Fyne Blend at the heart.

Our liqueurs began with the eponymous The Loch Fyne Liqueur first produced in 2004 in an iconic decanter-style bottle with its characteristic Chocolate & Orange notes, before being joined in the next decade by our modern interpretation of a very old classic, our Honey & Ginger Liqueur. Always a favourite, our customers' non-whisky drinking companions often find themselves going away with one of our liqueurs for themselves! Another delightful handcrafted product devised in our West Coast workshop! We've made a gin that stands out from the crowd thanks to a clever infusion of Scottish maritime botanicals.

At the heart of The Loch Fyne Botanical Gin are juniper, coriander, lemon peel and orange peel, complemented by the addition of Scottish natives sea buckthorn, heather pearls, and milk thistle. These ingredients combine to create a distinctive yet balanced gin, with plenty of aromatic appeal and a lingering, sweet herbal finish.

From our home in Inveraray we have been selling gifts to whisky lovers, tourists and locals for more than 25 years. Giving a wee gift of Inveraray has never been easier with our gift builder and our miniature packs.

Discover The Loch Fyne range of whiskies or our selection of liqueurs and gin with a box of three 5cl miniatures, or for that special occasion, you can put together your own gift pack by picking any 50cl bottle from The Loch Fyne range and packing it up with two of our Loch Fyne Malt Blender's glasses for a treat that will make a big impression.