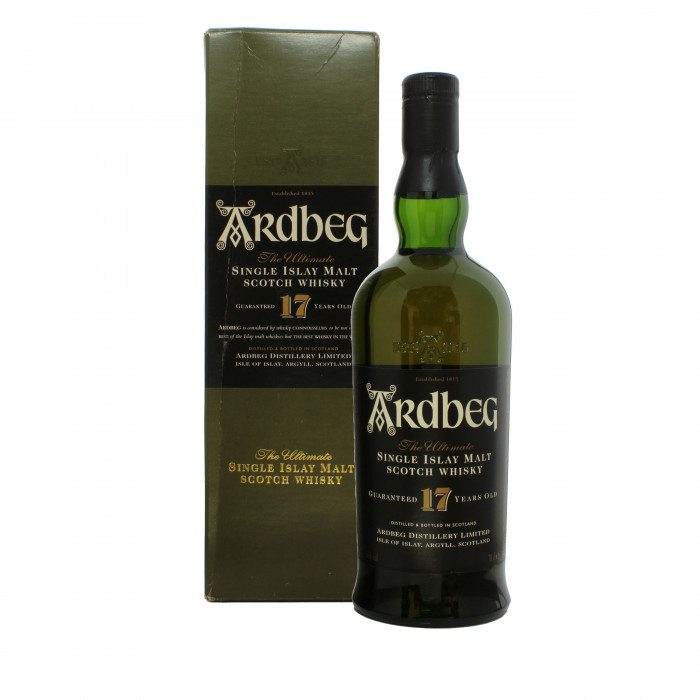 This Islay single malt was released shortly after the Ardbeg distillery was taken over and reopened by Glenmorangie in the late 1990s. Aged for a minimum of 17 years, this expression revived interest in the distillery with a rich and powerful, but slightly less peaty profile than other early bottlings. This bottle is signed by Stuart Thomson, the distillery manager from 1997 to 2006.

Please note: This bottle is from a private collection.