New In: Glen Scotia Distillery of the Year 2021

Glen Scotia fans rejoice! To celebrate being named “Distillery Of The Year 2021,” Glen Scotia have brought out this triumphant release. 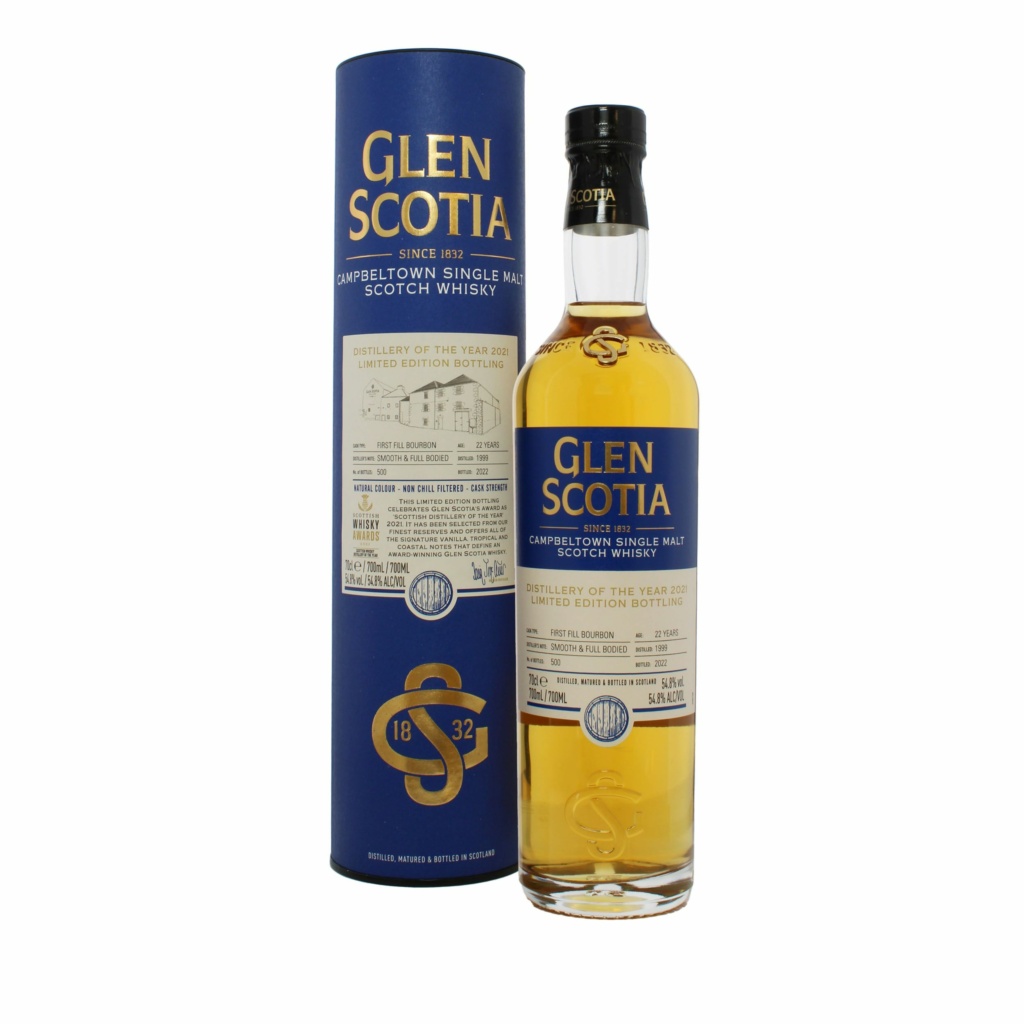 Glen Scotia is a real powerhouse of a distillery. It was one of the few Campbeltown distillery’s that did not fall victim to the decline in the whisky industry in the early 20th century. Today, it is one of only three operational distilleries in “the whiskiest place in the world.” Despite being one of Scotland’s smallest distilleries, it is not to be underestimated – made particularly clear from their recent title!

This spectacular single malt is absolutely bursting with signature Glen Scotia character. Selected by Master Distiller Iain McAlister, this 22-year-old expression matured exclusively in first fill bourbon barrels. No chill filtration has been applied, nor has it had any added colour. Just 500 bottles were filled at a cask strength of 54.8% abv. A truly beautiful Glen Scotia! Have a wee look at my tasting notes below.