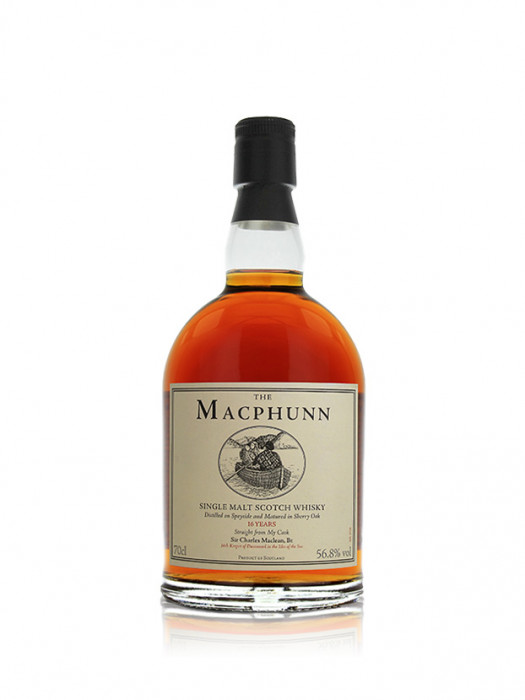 A single cask expression from Ardmore distillery in the far southeast of Speyside, this cult classic whisky has been matured for sixteen years in a sherry cask before being bottled at a natural cask strength of 56.8% abv.

The Story Behind The Dram: Years and years ago, the story goes, Archibald Macphunn of Drip - a local rogue - was hanged 'till deid' for sheep-stealing. On the way back across the water with the corpse, his wife, who was nursing an infant bairn, noticed her husband’s body twitch. Putting the baby aside, she raised the man up, and plied him with mother’s milk laced with a wee dram of whisky she had on board. The colour began to return to his cheeks, and Macphunn of Drip revived. Since, by law, he could not be hanged twice for the same crime, Macphunn lived on to a ripe old age.

Sir Fitzroy Maclean handpicked a whisky good enough to commemorate ‘Half-hung Archie’ (as he was known locally) and his son Sir Charles continues the tradition to this day. A 16 year old Speyside Single Malt at cask strength, The Macphunn trumpets taste and excellence in a manner that would surely wake the dead. Sir Charles takes his dram with a little burn water, he says, "to loosen the noose and set the spirit free."