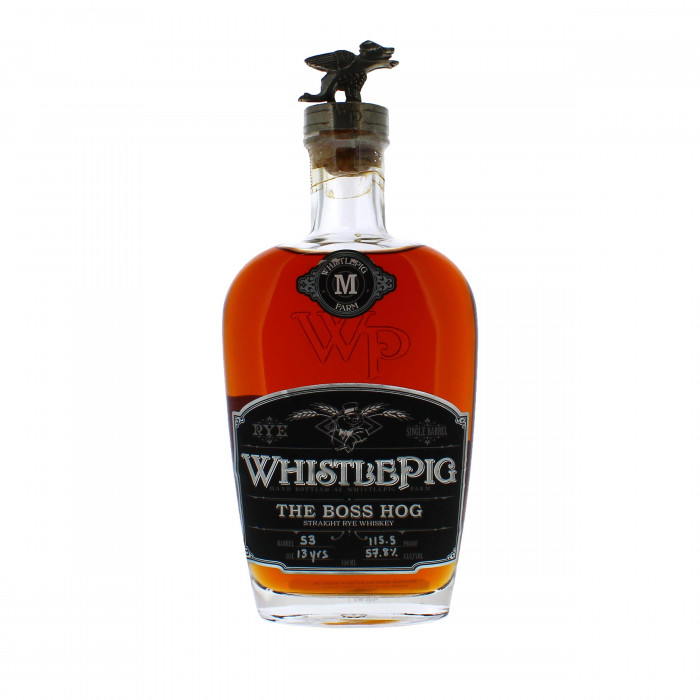 The Boss Hog, The Spirit of Mortimer has been described by WhistlePig as a top shelf, 100 percent rye whiskey. The 2013 edition is the second release of “The Boss Hog” range from WhistlePig and has been drawn from roughly 50 of the distillery’s oldest Canadian whiskey barrels. Clocking in at a cask strength of 57.8% abv, this whisky is fierce and filled with rye spice when served neat but, with just a drop of water, opens up into a diverse range of mellow and sweet flavours.