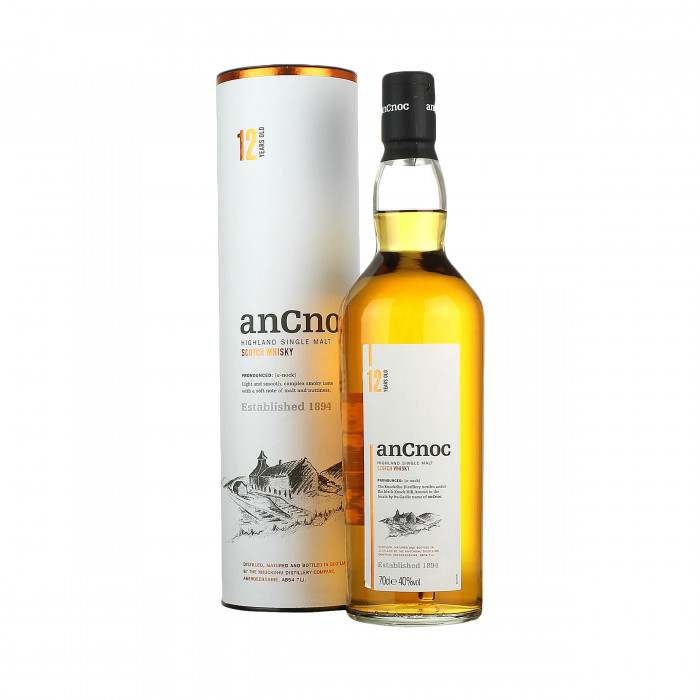 anCnoc (pronounced 'a-nock') is distilled at Knockdhu Distillery. While most single malts are named after the distillery, anCnoc was renamed in the 1990s in order to avoid confusion with the nearby Knockando distillery. anCnoc means 'the hill' in Gaelic and is a tribute to the Knock Hill for which the distillery is named; 'cnoc Dubh' literally meaning 'black hill' in Scots Gaelic.c

The anCnoc 12 year old is an award-winning single malt and is described by whisky writer Jim Murray as "a malt that should adorn a shelf in every whisky-drinking home." Perfect for every occasion, this versatile Highland whisky represents a modern-style distillery using traditional methods. Matured in a combination of second fill American oak, ex-bourbon and ex-sherry casks from Spain.

Finish: long and fruity with a spray of sea salt.