Blends, a marriage made in heaven

A good blended whisky. To be honest with you I don’t think there’s much that can beat it. Now that might come as a bit of a controversial statement from a keen whisky head like myself but let me explain and tell you a bit more about blended whisky.

Did you know that by sales volume, blended Scotch whisky is the largest whisky category in the world? Once you try some of the fantastic blends out there it’s not hard to see why.

There’s a common misconception in the whisky world that blends are somehow inferior to Single Malt whiskies. This may be because the first blended whiskies were produced and sold to help the more premium liquids last longer. However, we’ve came a long way since then with master blenders perfecting the art of enhancing and balancing flavours. Each whisky from each distillery has its own character and a blend is a marriage of different whiskies so that the characteristics and flavours of different liquids complement and enhance each other. A blender needs to have the skill and know-how of combining sometimes as many as 50 different whiskies where each one shows its best qualities in the respect to the other liquids. Blending whisky is both an art and a science.

When blends were first made available it meant a more consistent product bottle to bottle, but also allowed for a much sweeter and lighter flavour that appealed to a much wider audience than traditional big and powerful single malts. Whisky, specifically blended Scotch whisky, took the world by storm.

Back in the day your local grocers would have a cask in their shop, and they’d fill your bottle up. The grocer would then top up their casks with various liquids as there was no guarantee of a steady run of the same whiskies. As the casks were topped up, they became blends. As time went on certain grocers became renowned for their blends, a notable example would be Johnnie Walker, now a huge global whisky brand!

The growing use of continuous or column stills in the 19th century was a huge contributor to the rise of blended whisky, with the continuous stills being much more efficient than a pot still as pot stills need to be cleaned after each batch.  A continuous still also produces a purer alcohol stripping out more congeners.

Another significant factor in blended whisky’s rise was the 1920 prohibition that was passed in the USA. Due to the basic economic model of ‘supply & demand’, the limited availability of alcohol meant that bootlegged Scotch and Irish whiskies became common in the underground American market and the knock-on effect of this was booming business for those who chose to dispatch and smuggle the outlawed goods into the country.

When the prohibition was eventually repealed in 1933, the demand was still there for Scotch and Irish whisky resulting in a huge market opening. This resulted in a rise in popularity throughout the 1930’s through to the 60’s and blended Scotch was the drink of choice for celebrity A-listers and the ‘elite’, which then influenced a lot of society at the time to also drink blended Scotch. 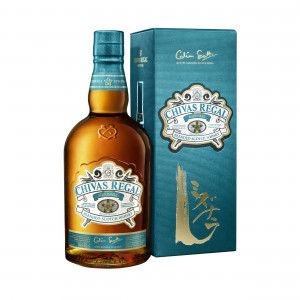 Fast forward to today and some of the best known brands in the world of whisky are known for their blends; the aforementioned Johnnie Walker, Chivas Regal as well as Compass Box who are doing some fascinating and innovative blending. And there’s ourselves at Loch Fyne Whiskies with ‘The Living Cask’…

The Loch Fyne The Living Cask

In 1920, renowned connoisseur, Professor George Saintsbury, published Notes on a Cellar. In it he described an old method of drinking a mix of whiskies from a cask that is constantly topped up and never emptied. He wrote: “thus you establish what is called, in the case of sherry, a ‘solera’ in which the constantly changing character of the old constituents doctors the new accessions, and in which these, in turn, freshen and strengthen the old.” Loch Fyne’s The Living Cask takes its inspiration from this long abandoned practice.

Carefully selecting a used bourbon cask with tight staves and a good heritage, we created a marriage of what we considered to be the ‘the best’ Islay single malts. And so The Living Cask® was born, with that combination of Islay malts at its heart forevermore. Respecting our Inveraray roots, we christened it The Living Cask 1745 in a nod to the year the town was founded by The Duke of Argyll. 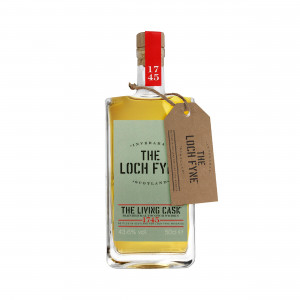 Why have one Living Cask, when you can have two? Inspired by our award-winning The Living Cask 1745, we created a second cask of equal quality. To begin, we part filled it with our 1745, which we then topped up with a selection of carefully chosen Highland malts. We christened this The Living Cask ‘Batch 1’. Because of how it was made, stocks were limited, and it soon sold out.

We then set about creating Batch 2. Taking the depleted stocks of Batch 1, we poured in a selection of delicious Speyside single malts. Once again, stock was limited and The Living Cask Batch 2 sold out as well. Next came Batch 3 – we took what remained of Batch 2 and added some amazing sherry cask single malts. Batch 4 followed, taking the depleted stocks of Batch 3 and adding some of the best bourbon cask single malts we could find. The fifth batch introduced ex-bourbon casks to the mix, bringing a mellower tone than its predecessors. Batch 6 was influenced by the addition of more Islay malts, returning The Living Cask to its smoky 1745 roots and winning a silver medal in the 2018 Scottish Field Whisky Challenge.

And so the process goes on! The Living Cask® will never die and will always be an evolution of its Islay origins. Every batch we craft is different, meaning each intriguing expression is a limited edition release, and part of an ongoing series which is as collectable as it is delicious.

Start your remarkable collection now, and remember, no two batches are ever the same. (Nor are three, four or… you get the picture...!) 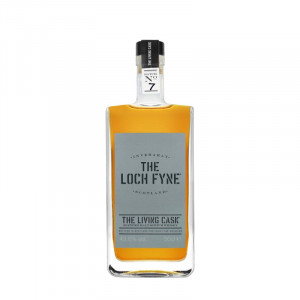 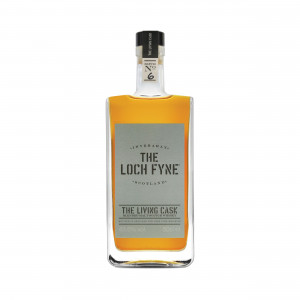 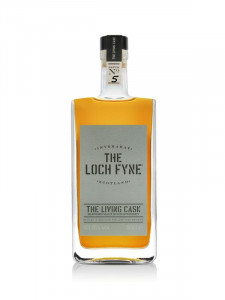 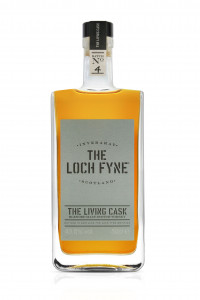